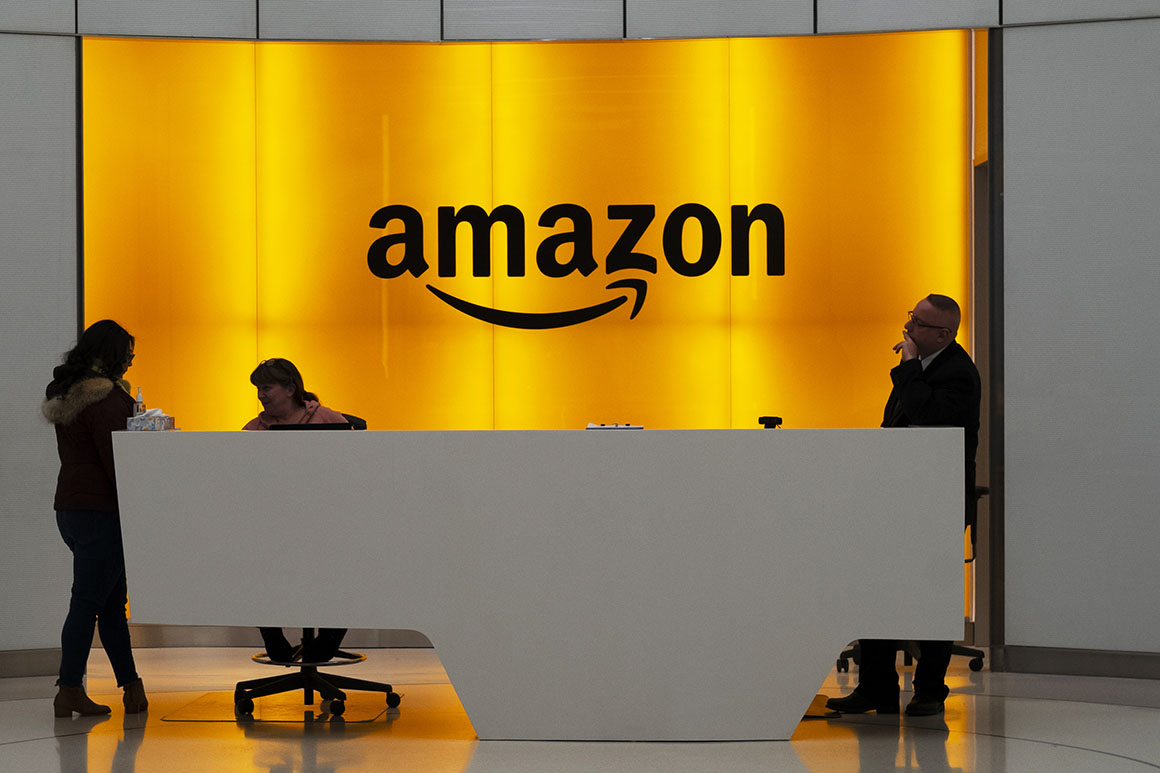 A group backed by tech giants claims thousands of members. Many have never heard of it.

the The four-year-old group listed around 5,000 small businesses in its membership directory before removing the document from its website late last month. When POLITICO contacted 70 of these companies, 61 said they were not members of the group and many added that they did not know of the organization.

“We are not associated with them,” said Kris Naidu, CEO of Zeacon, a Seattle-based software company listed in the directory.

“We are neither a member nor heard of them so far,” said Jack Gannon, co-owner of YBR Publishing in Ridgeland, SC, who was also on the list.

“I have a problem with anyone using my name without my permission,” said Susan Kadar, owner of Your Computer Friends in Wilmington, NC (also on the list) “They can’t speak for me.”

“This news is yet another brick in the wall of a lobbying campaign that would have embarrassed Big Tobacco in its heyday,” added Buck, who is sponsoring legislation that would clamp down on the power of tech giants over the economy.

The council, which goes by the moniker 3C, claims on its website to represent “thousands of digitally empowered small business members from across the country.” Rob Retzlaff, executive director of 3C, said all companies listed as members have signed up for at least one of 3C’s campaigns, such as in-person events, mailing lists or the group’s resources for small businesses.

The 3C site names Amazon and Google as “partner companies” and thanks them for their investment. Retzlaff says Google and Amazon support 3C’s membership programs, research, webinars and skills workshops.

Amazon declined to comment on questions about the group. Google spokesman José Castañeda did not respond to questions about whether 3C used small business names without their permission, but said Google encourages “small businesses and the organizations that represent them” to do so. share their concerns about the antitrust legislation going through Congress.

Amazon and Google lobbyists have mobilized an army of small businesses as well as users who rely on their platforms to discourage Congress from passing bills aimed at curtailing their power. Hundreds of small business owners have signed petitions, met with members of Congress or contacted congressional offices to share their concerns. 3C has played an important role in this advocacy, facilitating dozens of meetings with small business owners and their representatives in Congress.

Google and Amazon lobbyists have argued in conversations with lawmakers and staff that House and Senate antitrust bills, particularly the U.S. Online Innovation and Choice Act, Art. 2992 (117)could harm the digital tools that small and medium-sized businesses use on a daily basis.

This bill, which enjoys the broadest support in both houses, prevent tech companies from discriminating against their rivals. This would ensure that the tech giants “really face real competition and invest in the next big product instead of the next big astroturf campaign,” the chairman of the House antitrust subcommittee said. David Cicilline (DR.I.) said in a statement.

3C says it aims to “promote small businesses’ access to essential digital technologies and tools,” according to its website. But POLITICO’s findings raise questions about how many small businesses the group actually represents.

In response to questions about the member directory, 3C said all companies that signed up for it signed up by agreeing to the “terms and conditions” at the bottom of the forms stating that their name would be used in a membership directory. “3C membership is free and the barrier is very low,” Retzlaff said. (After a POLITICO reporter began contacting companies listed as members in late February, the directory was removed from the 3C website in order to update it, according to Retzlaff.)

But the companies said they were unaware their listing would endorse a pro-tech legislative agenda.

“I signed up for what looks like a webinar and now it looks like they’re using my name like me for their policies,” said Katherine Watier Ong, owner of digital marketing firm WO Strategies in McLean, Virginia. “I read quickly when I signed up – ‘digital marketing’, ‘small business positive’, yeah sure,” she said. “But you dig deeper and say, ‘Wait, they don’t. don’t want to regulate Google at all – it’s horrible. I think Google and Facebook should be restricted.

Naidu, the CEO of Zeacon, said his company’s technology competes with Facebook and Google, “so the fact that they’re watching us so closely is kind of scary.” He didn’t remember “signing up” at all.

Almost all of the companies contacted by POLITICO said they had never heard of the Connected Commerce Council.

Dozens of business owners said they were frustrated that the Connected Commerce Council was using their name without their explicit permission.

Stacy Mitchell, co-director of the anti-monopoly group Institute for Local Self-Reliance, called 3C’s use of the companies’ names “staggering”. Mitchell’s group helps mobilize small businesses in favor of regulating big tech companies, primarily Amazon. “It’s obvious that Amazon and Google think they can take whatever they want from small business owners, including using their names for their own lobbying program,” Mitchell said.

Retzlaff said membership only requires a person to complete an online form listing their name, company name and contact information. This includes when people sign up for free business tools or Facebook ad campaigns.

“People sign up for free resources all the time,” he said. As for business owners unfamiliar with 3C, he said, “the majority of those people might have participated in campaigns or signed up back then in 2019 and 2020.”

In a subsequent email to POLITICO, Retzlaff said, “I’d like you to just ask yourself: If it wasn’t for organizations like ours, would anyone in Congress ask small businesses what would be the impact of antitrust laws on big technologies?”

The 3C spokesperson connected POLITICO with a variety of active members across the country, including Frankie DiCarlantonio, owner of Scaffidi Restaurant Group in Steubenville, Ohio. DiCarlantonio said he joined 3C on a lobbying trip to Washington, DC, in 2019 to warn that tech regulation could “harm the tech ecosystem.” DiCarlantonio said he understands the group is an “outlet” for Amazon and Google “to represent the little guy when it comes to those who use their platforms.”

Alan Meyer, owner of Mom & Pop’s Kettle Korn Stop in Paxton, Illinois, said he worked with 3C to educate decision makers about his experiences with e-commerce. Meyer said the group contacted him and invited him to the 2019 trip to Washington where small business owners spoke to lawmakers and staff.

Meyer added that he had “his doubts about Google” and was “sorry” that Amazon and Google are funding the group. “However, the funds [for advocacy] won’t come from small businesses,” Meyer said. “We are touched. »

He added that the group deleted the member directory last month in part because it had not been updated to reflect new members who have joined 3C since the pandemic began. He said 3C now has about 16,000 members.

Mitchell, the antitrust lawyer for the Institute for Local Self-Reliance, said she fears the voices of “real small business groups” will be lost in the reshuffle as 3C and other lobby shops flood awareness legislators. But she added that she is cautiously optimistic that their efforts will not work.

“The thing to remember is that members of Congress and their staff aren’t stupid,” Mitchell said. “They see through it.”