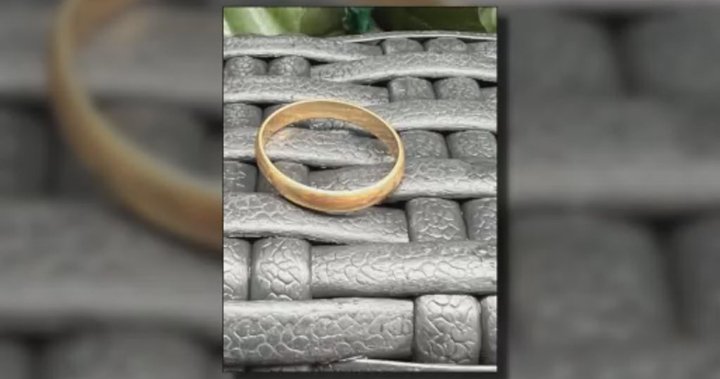 Did you get married in 1957? Did you lose your wedding ring on a beach in White Rock, BC? Chris Turner hopes he can brighten your day.

Turner calls himself the “ring finder”. He recovers lost jewels and tries to return them to their owners. Earlier this week, a search revealed a plain gold wedding band with an inscription on it, triggering a memory.

He was with a friend several years ago and “a lady came to (his friend) and asked for help, and said she had lost her ring on the part of the beach he was looking for” , Turner told Global News. It was pure gold with a date inscribed on it.

B.C. Man Armed With His Metal Detector Reunites Lost Jewelry With Their Owners

“I’ve hunted this beach for years and always thought of this ring, but never found it. Just four days ago, I found a plain gold wedding ring.

The owner gave him his contact details, but they were lost. Turner hopes she will see this story and get in touch with him.

Turner said he has found more than 600 rings over the years and maintains an online directory where metal detecting specialists can list items they find in hopes of returning them to their owners.

Its worldwide network of volunteers, theringfinders.com returned over 5,000 rings.

“These rings have great stories attached to them and they end abruptly and people can’t stop thinking about it. I’ve had people contact me and say they’ve lost a ring 25 years ago, and they still think about their ring.

“Once you give it back, once you leave: ‘Here you go.’ And you see that smile, you see how it affects their life. I don’t want to do anything more than do this. I’m trying to find a way to do it full time because I love this job. It’s the best job in the world.”

Turner says all the owner of the ring will need to do to get it back is to correctly identify the exact date inscribed inside the wedding band.