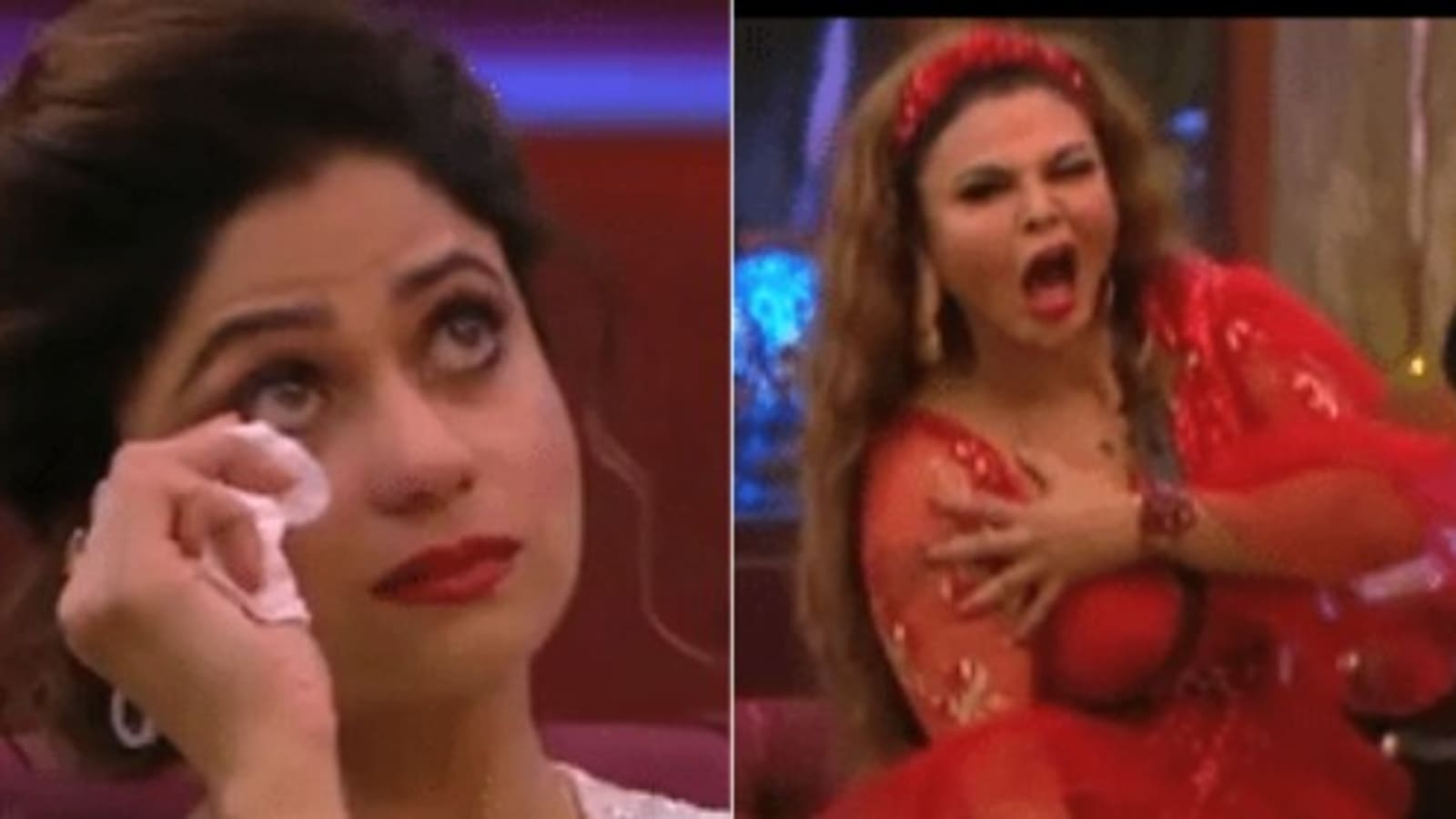 In the upcoming Ka Vaar weekend episode of Bigg Boss 15, Shamita Shetty will be seen crying after Rakhi Sawant imitates her.

Colors shared the new promo for the upcoming episode of Bigg Boss 15’s Weekend Ka Vaar episode on Sunday. In the video, Shamita Shetty can be seen crying after Rakhi Sawant imitated her in front of Salman Khan.

The video begins with Salman explaining to the roommates, “It’s a special search engine named Dhoondle.” Tejasswi then reads the question to him: “Kya Tejasswi ka bahar bhi buddy hai?” (Does Tejasswi have a boyfriend outside the Bigg Boss 15 house?) â€Karan reacts to the question by putting his hand on his head.

Salman then said, “Logon ne pucha hai ki Shamita jab haath uthati hai toh woh ek expression deti hai pain ka (People have asked about Shamita’s action when she raises her hand in pain).” Shamita then said: “Mein baal jaise brushing karti hun (The way I dry my hair)?” Rakhi then interrupts him and imitates him by saying “Ease (Like this).” She adds: “Bartan dhone pe aah (And when she washes the utensils she makes sounds like aah).”

Shamita then said, “I don’t appreciate Rakhi making fun of this.” Salman then defends Rakhi and says, “It’s a joke Shamita.” Shamita then starts to cry and goes to the bathroom.

Read more: Salman Khan dances with Shahid Kapoor and asks him to teach him the “agal bagal” step

Actors Shahid Kapoor and Mrunal Thakur will also be seen in the next episode. The actors are promoting their upcoming movie Jersey. Actor Nora Fatehi and Punjabi singer Guru Randhawa will also join Salman on stage and shake a leg for their upcoming Dance song Meri Rani.

Thank you for subscribing to our Daily News Capsule newsletter.