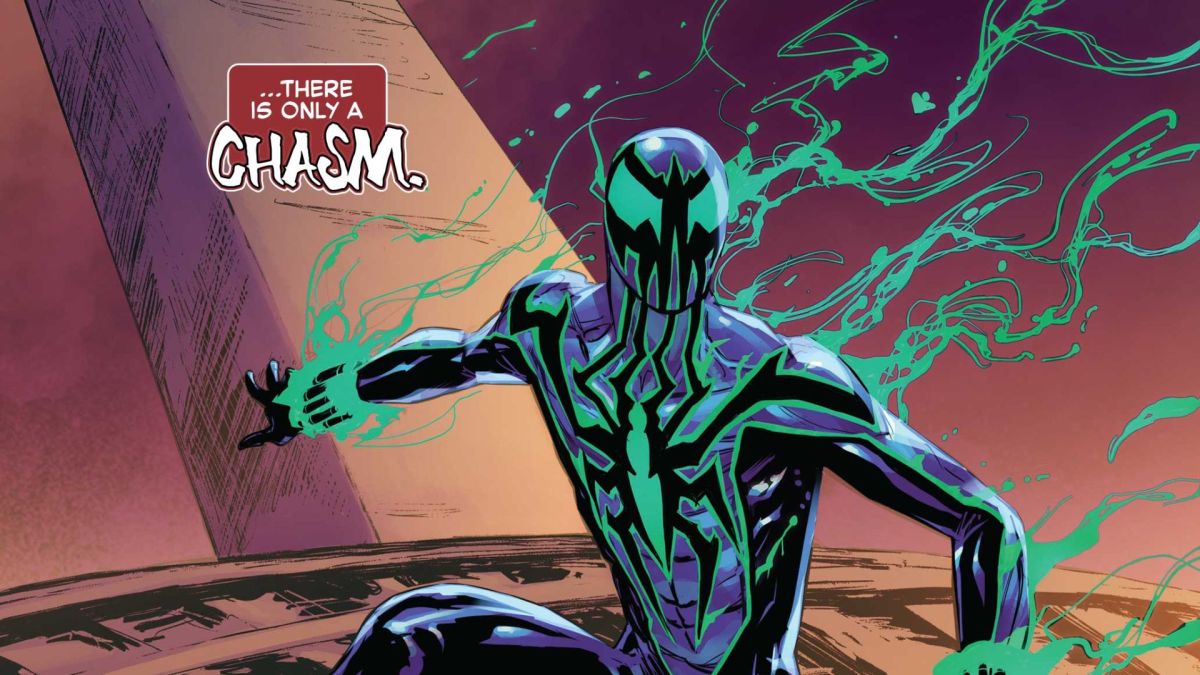 Spider-Man’s Newest Supervillain Chasm – AKA Ben Reilly after his recent major heel turn will indeed return to threaten Spider-Man, and when he does, he’ll bring a surprising ally in a longtime X-Men villain for associate with his… now their …conspiracy against the Wall-Crawler.

The surprise team of super-villains was revealed on the special Marvel Comics: Spider-Man/Venom Free Comic Book Day hitting comic book stores on May 7.

But in case you plan on stopping by your local comic book store and reading it yourself (and we suggest you do), we’ll do what we do…

Okay, as predicted in Marvel’s recent teaser, Chasm-Ben will be returning in a story apparently called “The Dark Web”, but what just came to light out of nowhere (well, almost) is that he teams up with Madelyne Pryor, aka the X-Men’s villainess, the GoblIn Queen.

The new partnership was revealed on the final page of the FCBD Spider-Man story “Lost in the Mail” by the Amazing Spider-Man creative team of Zeb Wells and John Romita Jr.

For most of the short story, Peter fought a U.S. Postal Service street mailbox that turned into a hungry, talking monster. Exchanging pleasantries with the mailbox in typical Spider-Man fashion, Peter ends up impaling it with a parking meter, driving it back to a standard mailbox, and Peter unsuccessfully attempts to explain the scene to a postman who arrives on the scene angry at the damage he has caused to federal property.

The final moments reveal Chasm and the Goblin Queen watching the scene from a nearby rooftop, with Ben amused by what he saw, and Madelyne hinting that a little demon possessed the mailbox on her instructions, promising that there were many other greater ones desperate to serve their queen in aiding their plans against Peter.

Ben remarks that he thinks he and Madelyne (calling him by name) will make a great team, to which she replies, “I should hope so, Ben…we have a lot in common.”

The common thread is of course that they’re both clones of other superheroes created by mad scientist supervillains – the Jackal and Mr. Sinister, respectively. Ben is a clone of Spider-Man, of course, and Madelyne of Jean Grey, both of whom enjoyed the lives of their main counterparts for a time before it was taken away from them, driving them into wickedness.

We say the team came almost out of nowhere because Marvel smartly announced it just a few months ago.

In Spider-Man #90 from February 23, Ben, then still Spider-Man, battles new villain the Goblin Queen, he jokes unimpressed, “I’m pretty sure the X-Men have a way scarier Goblin Queen.”

The FCBD story ends by promising that the storyline will continue in “The Dark Web”, but does not say when or where. And it will be interesting to see if Madelyne will be the only X-Men character to cross over to Spider-Man or if other mutants will be involved in the storyline as well.

Look for more information on Chasm and ‘The Dark Web’ when it becomes available and until then enjoy Free Comic Book Day 2022.

Creativity in the pre-search engine era

Want to find real voter fraud? Watch the history of Kansas, USA in the 1800s