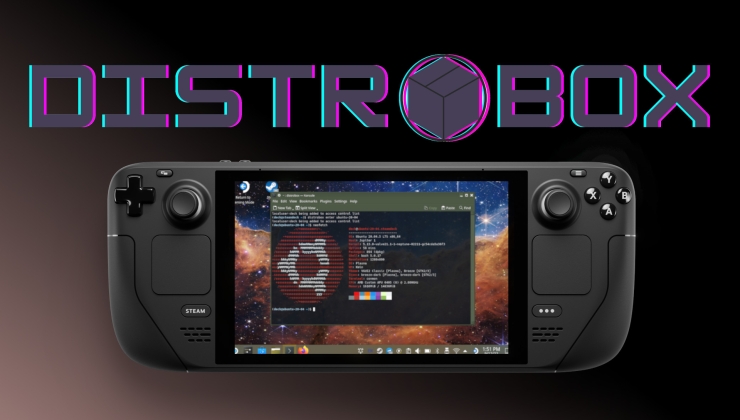 Distrobox is a way to use just about any other Linux distro in your terminal, as well as full GUI applications and now it also supports the Steam Deck with SteamOS.

The update released a few days ago had a few issues (#1, #2, #3), which I reported to the developer and they have since fixed the Steam Deck installers and documentation. So with that in mind, I tried it out to see how it works and was very impressed with how easy it was to use.

It gives you a container system to install other distributions. So for the likes of SteamOS on the Steam Deck, without fiddling with the root filesystem, you can install something like Ubuntu and access everything it has. Useful for software not available through Flathub (Discover) or elsewhere.

Here is a quick video overview of basic setup and running some Ubuntu applications on Steam Deck:

First, run these installer scripts one after the other in a terminal application (like Console on Steam Deck):

Next, we need to add the directories it uses to our .bashrc file, so we can run the commands normally in the terminal. In your .bashrc file (which is in your Home folder), open it in a text editor and add it at the bottom:

You can now install a Linux distribution with Distrobox, with Ubuntu as an example (still in the terminal):

Then once done, you can enter it:

This is where the fun begins. Now you can install or do whatever you want, inside Ubuntu. However, you also need to add this to your .bashrc file to run graphical apps/games on Steam Deck: