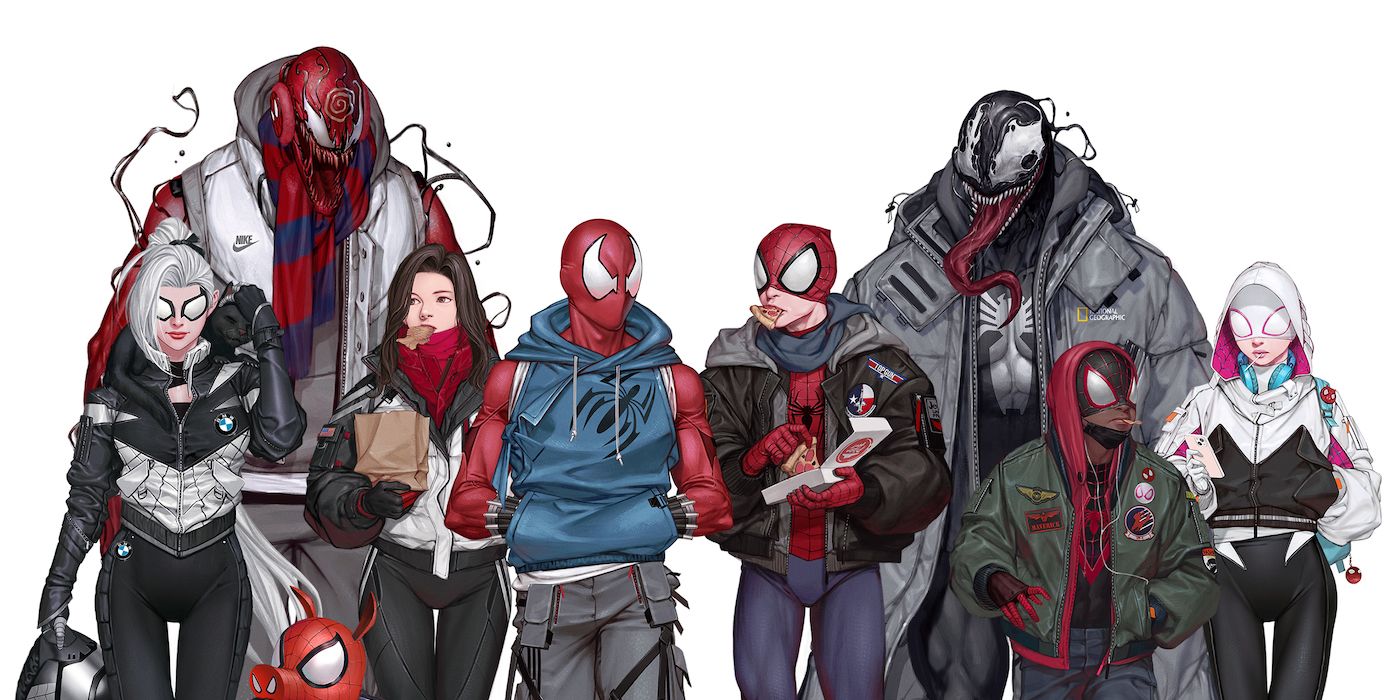 Lee posted the illustration on his Twitter account, where he updated the design every few days with new character additions. The latest addition is Scarlet Spider/Ben Reilly, who can be seen walking side-by-side with Spider-Man/Peter Parker. Other heroes and villains featured in the pic include Night Spider/Felicia Hardy (who debuted in the recent Edge of Spider-Verse series), Carnage, Spider-Ham/Peter Porker, Silk/Cindy Moon, Venom, Spider-Man/Miles Morales, and Ghost-Spider/Gwen Stacy.

RELATED: What If Spider-Man Merged With Kraven the Hunter Before Edge of Spider-Verse

Several limited series are also planned for the coming months, including gold goblin, Mary Jane & Black Cat: Beyond, Deadly Quarter Spider-Man and Spider-Man: The Lost Hunt. This is in addition to other ongoing Spider-Man series in progress, including Spider-Man: Miles Morales, Venom and Carnage.

Spider-Man will also be at the center of the dark web crossover, which will debut in December with dark web #1. Ben Reilly, who now goes by Chasm, and Madelyne Pryor/Goblin Queen will be the main villains for the event, which will tie into Venom, Golden Goblin and Mary Jane & Black Cat: Beyond. It will also feature two complementary series: Dark Web: X-Men and Dark Web: Ms. Marvel.

Lee is best known for his covers and has recently illustrated variants for AXIS: Judgment Day #5, X Terminators #1, Predator #1, Gambit #1, x-men #12 and Venom #8. He also designed the main covers of Devil’s Reign: Omega #1 and five numbers from Silk (2022).