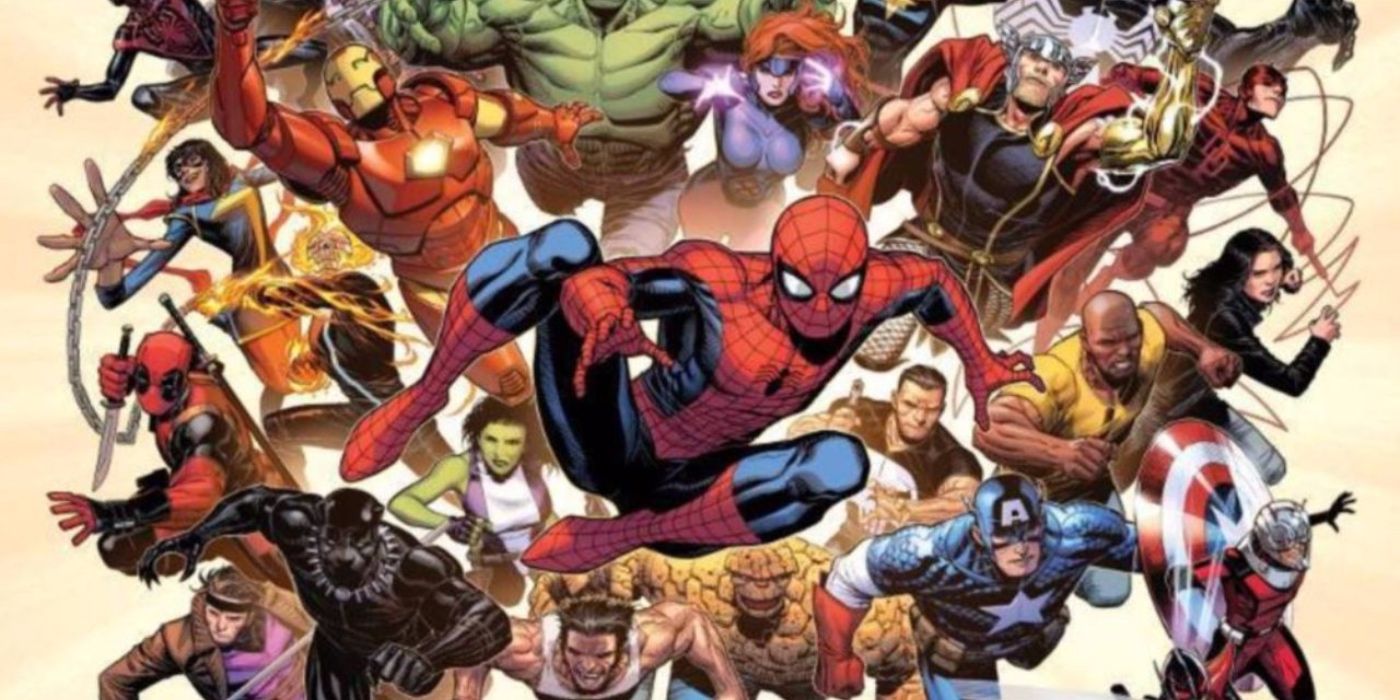 Peter Parker fought alongside the Avengers for years in Marvel Comics, but he actually wasn’t the first Spider-Man to do so.

Whereas Spider Man has become a classic avengers member after partnering with them on a number of missions throughout Marvel Comics history, his association with the team hasn’t always been a given, as he actually took a while to s join the superhero team. In fact, Peter Parker took it so long that he wasn’t even the first Spider-Man to join the Avengers, because that honor went to someone far more sinister.

Peter Parker aka Spider-Man first got the offer to join the Avengers in Annual Amazing Spider-Man #3 by Stan Lee, John Romita and Don Heck. In this issue, the Avengers consider allowing Spider-Man to join their team, so they set up a trial run for the Wall-crawler to see if he’s up to the task. Unfortunately, things go awry and Spider-Man ends up fighting all of the Avengers for a little argument. Basically, the tryouts couldn’t have gone worse. However, the Avengers still decide to give Spidey a chance, so they give him the task of finding the Hulk they had lost track of some time before. Although Spider-Man was able to locate the Hulk, he realized that the Hulk was just a lost soul with the mind of a child and posed no real threat, so he let him go and tells the Avengers that joining the team wasn’t for him. However, years after that first encounter, Spider-Man would align himself with Earth’s Mightiest Heroes, just as an alternate version of the Web-slinger had years before.

In avengers #11 by Stan Lee and Don Heck, the villainous Kang the Conqueror hatches a plan to dismantle the Avengers and eliminate the team once and for all. To do this, he uses his advanced futuristic technology to create a Spider-Man-like robot he has observed as a hero with no real ties to anyone else, making him the perfect model for his plot. Avenger stealth. Since no one knew Spider-Man’s secret identity, or really anything else about him, Kang’s trickery isn’t easily detectable. So, Kang sent the fake Spider-Man to the Avengers base and asked the robot to join the team, using the real Spider-Man’s heroic experience as the basis for this request. While the Avengers initially refuse to allow Spider-Man to join, they reluctantly introduce him as one of their own after Spider-Man reveals he knows the whereabouts of Iron Man, who disappeared during the events of his solo title.

Although it was preliminary, Kang’s robot Spider-Man technically joined the Avengers in this issue, which is the first time a Spider-Man, human or otherwise, has been able to call himself an Avenger. While this might seem like a fun and even insignificant story when it comes to Spider-Man’s career with the Avengers, it could have had an impact that went deeper than even Spider-Man realized. In this issue, the fake Spider-Man betrayed the Avengers, gaining their trust only to bring them to their impending doom. Fast forward to the events of Annual Amazing Spider-Man #3 where at least half of the Avengers are hesitant to allow Spider-Man to join, possibly due to the mistrust planted in their minds by Kang.

Regardless of whether or not Kang’s scheme to destroy the Avengers using Spider-Man’s likeness impacted their lasting opinion of him, the fact remains that an android version of Spider-Man has been able to join the Avengers before the original – a real unorthodox start and, quite frankly, unhappy with a long-standing relationship between Spider Man and the avengers.

Next: Marvel Confirms The Weakest Avenger Isn’t Who Fans Think

Alien’s Chimeras are the franchise’s next perfect evolution

Spencer Connolly is a writer for Screen Rant with years of writing and journalism experience under her belt as a photojournalist and news producer. Spencer has had a lifelong love of comics and manga with a particular interest in Marvel and Dragon Ball (although his interests change like crazy, so take that with a grain of salt). Spencer likes to read into certain scenes or lines of dialogue and come up with fun (sometimes controversial) article topics to further explore that particular thought process. Sometimes they’re cool and pleasant, other times they’re downright infuriating and argumentative. Regardless of your stance on his work, Spencer just hopes you had as much fun reading his articles as he had writing them. Plus, you can tell him how much you liked or hated his work by following Spencer on Twitter: TheSpencerVerse (although he’s one of those “sensitive writers,” so be nice).