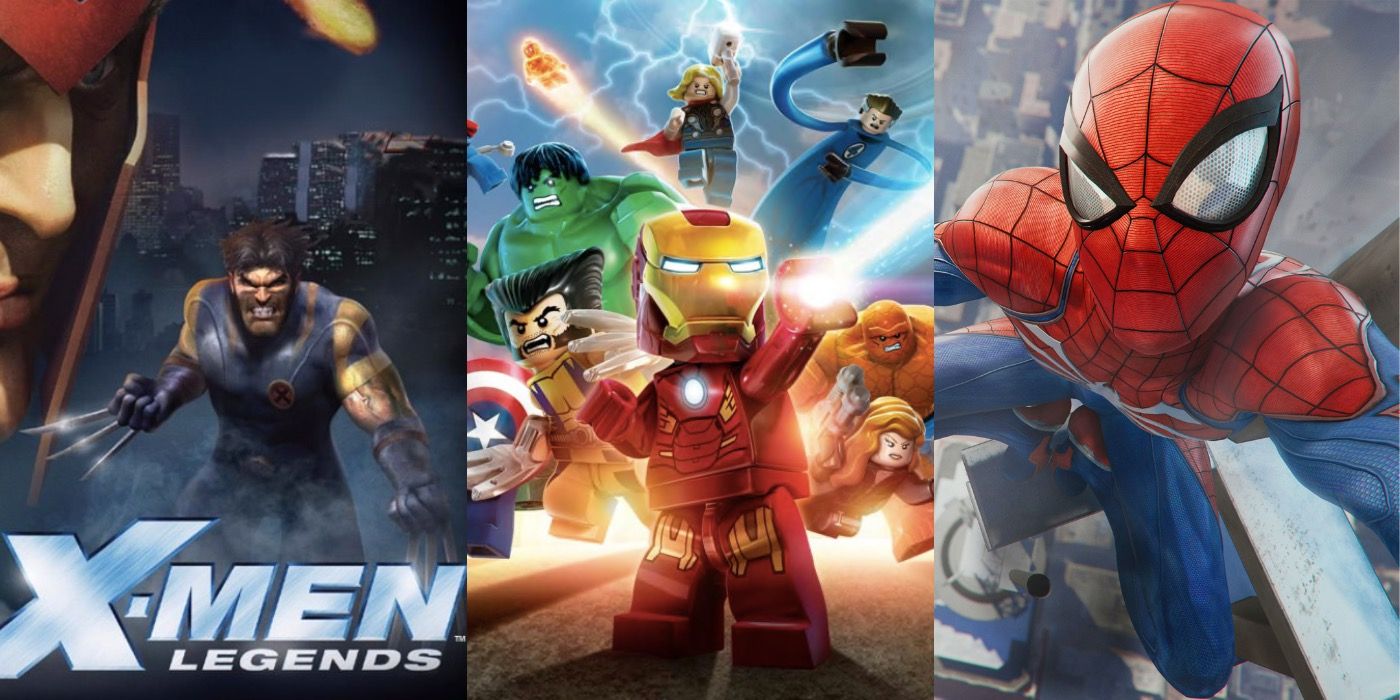 The 10 Best Marvel Games, According To Ranker

When they’re not dominating the world of comic books and movies, Marvel and their exciting characters have also made the jump to the video game medium. Expanding their massive universe, Marvel games run the gamut of styles and have been part of the game from the start.

Featuring legendary characters like Spider-Man and the X-Men, Marvel’s video games are a treat for avid comic book fans and casual gamers alike. While there are plenty of classics out there, Ranker users have taken to the site to vote for their favorite Marvel games.

Arguably Marvel’s most popular single character, Spider-Man has starred in many major video games. Spider Man was one of the first forays of the three-dimensional web-slinger and the game featured a wide variety of exciting comic book villains.

The game’s level design kept the action high and the gameplay smooth, and it never felt repetitive like previous beat-em-ups. Swinging on webs and crawling on walls was a fun mechanic to play, and the boss fights varied in intensity from start to finish. Spider-Man’s quest to clear his name is made doubly complicated by a possible symbiote invasion he must foil, and the plot feels like it’s been ripped straight from the pages of the comics.

The X-Men are a team tailor-made for video games, and they were no strangers to the medium at the time they starred in X-Men Legends. The game took advantage of the large roster of X-Men characters in order to give the player a wide variety of team options.

The game is from the perspective of a young mutant who can control volcanic activity, along with other X-Men, she must foil Magneto’s plan for world domination. With its top-down view and team movements, x-men Legends rewarded players for making exciting combos. The game also features an upgrade system that allows users to upgrade their team members as the game progresses and bosses become more powerful.

While the movie of the same name got a lot of things wrong, the video game tie-in of X-Men Origins: Wolverine was an exciting hack-and-slash style adventure. With a healthy dose of graphic violence and language, Origins was one of the darkest Marvel games so far.

Loosely following the film’s plot, the user is put in control of the famous clawed mutant as he traverses the globe, dispatching enemies. Relying on a hack-and-slash gameplay style was a perfect fit with Wolverine’s character, and the gameplay allows for some fun uses of his powers. The use of environmental attacks, along with Wolverine’s usual arsenal, allows the player to interact with the game more than most hack-and-slash games.

RELATED: 10 Best Characters To Play As In Marvel Ultimate Alliance 3

Borrowing its story from secret war and Civil war scenarios from the comics, the game gives the player two story options depending on which side they choose. The top-down, beat-em-up style is the same as the original and is very easy to learn for new players. Pitching some of Marvel’s most popular heroes against each other is another fun addition to the game, and the player will find themselves coming back to see the story unfold from the other side.

The “Merc With A Mouth” wasn’t the usual Marvel hero, but Deadpool’s popularity made him a staple of the comic imprint. dead Pool the game was approached with the same tongue-in-cheek energy the comics exuded, and it often breaks the fourth wall to castigate the player.

Wanting to star in his own video game, Deadpool forces a developer to create one and he’s quickly drawn into a story of international intrigue. Apart from breaking the fourth wall, the action of dead Pool gives users control of his usual arsenal of weapons as well as a host of other attacks. The hack-and-slash style game also includes third-person shooter elements to keep the gameplay fresh and lively.

Spider-Man has gone through many iterations over the years, and Spider-Man: Shattered Dimensions hoped to reunite some of its more popular counterparts. The game’s interesting storyline was so unique that it actually inspired one of the best storylines in the Spider-Man comics.

During a fight with Mysterio, a strange artifact is shattered, its pieces ending up in several different dimensions. The user takes control of four different Spider-Men in order to collect the disparate pieces before they wreak more havoc on their dimensions. The action of the game is extremely smooth and it is fun to control the different Spider-Man characters. Additionally, the game takes place in several different environments, which adds to the gameplay variety.

There have been many great LEGO video games over the years, and LEGO Marvel Super Heroes was the perfect combination of the best aspects of both franchises. By giving the user control of such a large roster of characters, Lego Marvel brought many lesser-known Marvel heroes to life.

With a loose plot revolving around Galactus and his potential invasion of earth, the user is able to select heroes based on their specific abilities, and each hero has their own special skills. The gameplay is engaging and there is a good balance between action and puzzle solving. The game is also highly replayable due to its massive range.

While movie-related games often aren’t very good, Spiderman 2 was of the same quality as the film it was based on. The game very loosely follows its subject matter and instead chooses to tell an amalgamation of different stories in one game.

Using an open-world style, the player is free to explore New York and participate in side missions, while following the linear story. The exploratory aspects are the best part of the game and it’s fun to swing around as a famous wall-crawler. When engaged in missions, the action is tight and the controls allow the user to get the most out of their experience.

Although many Marvel games were produced at the time of the 2000s, none had the same scope as Marvel: Ultimate Alliance. Instead of focusing on one character or group of characters, Ultimate alliance attempted to bring the Marvel Universe together for an exciting adventure.

Hoping to defeat Dr. Doom, the user takes control of a team of Marvel heroes and embarks on a top-down hack-and-slash adventure through some of Marvel’s most recognizable landscapes. The game controls were fun and responsive, and the user was able to upgrade their favorite heroes to build a stronger team as the game progressed.

Another in a long line of great Spider-Man games, 2018 Spider Man built on many hits from previous web-slinger games. Taking the open world concept to new heights in gaming, Spider Man draws on all forms of media for inspiration.

When Mister Negative threatens to take over the city with a deadly virus, Spider-Man must step in to stop him while dealing with his own personal issues. The open-world environment allows players to explore and collect items almost endlessly, allowing the game to continue as the player follows the linear story as they see fit. The game uses a chain attack system that allows the user to involve environmental actions for more variety in combat.

NEXT: 10 Marvel Games That Were Canceled & Why They Never Made


Following
Kingdom Hearts 4: 8 2020s Disney & Pixar Worlds They Could Use

Dalton is a freelance writer and novelist from Orlando, Florida. He currently lives in Los Angeles and pursues writing full time. He is an avid reader and a film buff.