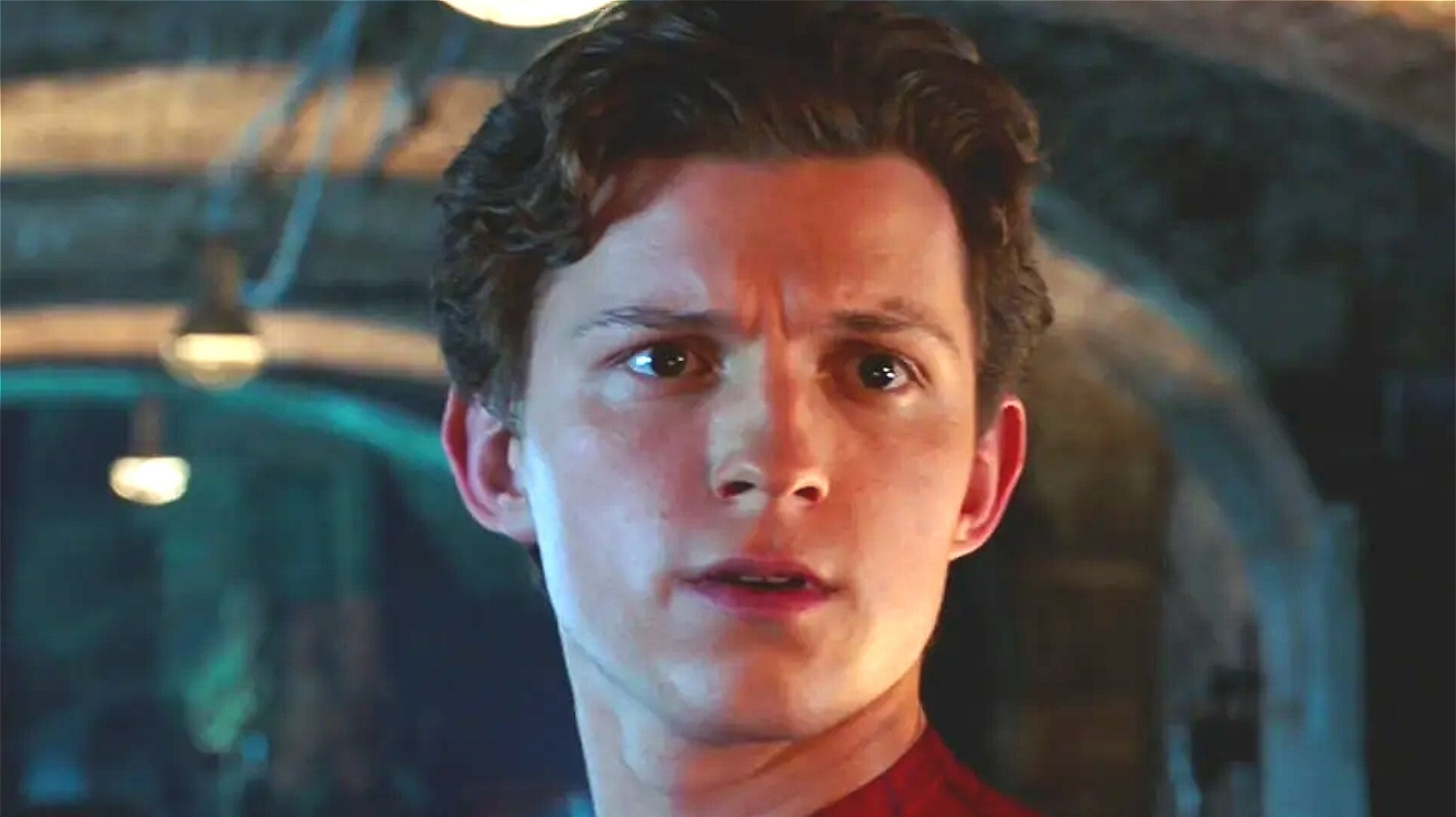 The Tom Holland Spider-Man Scene That Went Too Far

Throughout “Spider-Man: No Way Home,” Tom Holland’s Spider-Man has battled multiple villains from across the multiverse. However, he never intended to kill them, rather he wanted to cure them of their various ailments. He did it successfully – with the help of the Spidey incarnations of Tobey Maguire and Andrew Garfield, of course – by the time the credits started, but it didn’t come without some trial and error. This is especially true when looking at the case of Norman “Green Goblin” Osborn (Willem Dafoe), who wreaked serious havoc on the MCU for the first time.

Not only did Osborn help his fellow villains go rogue while Holland’s Peter Parker tried to heal them, but he killed one of the most important people in his life: Aunt May (Marisa Tomei). Naturally, the loss of his only parental figure sent Peter into a downward spiral that he hoped would end if he took the Green Goblin’s life himself. As they clashed in the wreckage of the Statue of Liberty, the typically jovial and wry Spider-Man fought with terrifying ferocity and fully intended to assassinate Osborn with his own glider. Luckily, Maguire’s Spidey stepped in to stop him from doing so.

It’s hard to deny that Holland’s Spider-Man didn’t have a reason for his vengeful spirit during his fight with the Green Goblin, though it’s safe to say he went a bit too far. Nonetheless, his loss of control was a staple of his character arc. Maguire and Garfield’s web-slingers went overboard after the death of their respective Uncle Bens, and nothing good came of it for either of them. They didn’t want to see their “little brother” make the same mistake and suffer the consequences later. Impaling Osborn wouldn’t bring May back, and in order for him to grow, Peter of Holland had to face that sad fact.

A New Repertoire of Black Creative Talent Hopes to #ChangeFashion