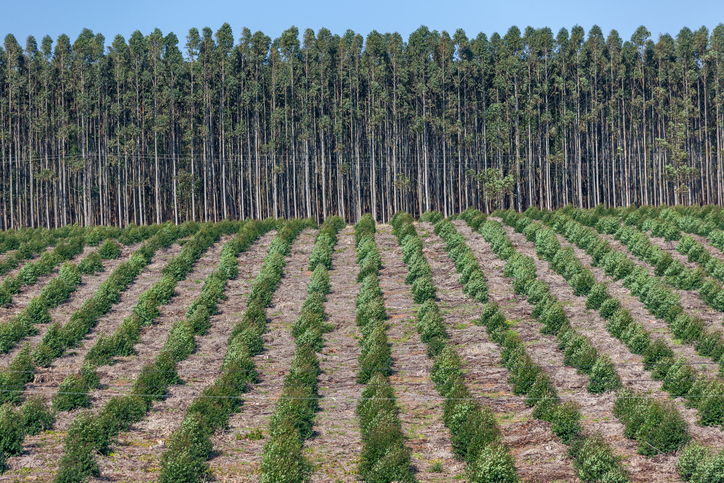 To shift or to embed? Carbon offset market insists it can provide ‘transparency and integrity’ as food companies look to supply chain solutions

Voluntary carbon credits, or offsets, allow companies to purchase carbon credits to balance their own emissions. A company can, for example, invest in environmental projects like land restoration or tree planting in other parts of the world to offset emissions it cannot reduce from its own value chains.

While many companies see offsetting as a useful way to offset carbon volumes that cannot otherwise be eliminated, there are detractors. Critics such as Greenpeace call the use of offsets a “get out of jail card.” They believe there is no time for offsets – trees can take 20 years to grow, after all. There are concerns about the credibility of credits in what is not yet a regulated market – one famous whistleblower has called Australia’s carbon credits program “largely a sham”.

There are also fears that offsetting could ease the pressure on more meaningful work to tackle emissions produced by companies and their supply chains. A company that claims to be “carbon neutral” will have achieved this through offsetting, for example. On the other hand, whoever has reached “net zero” will have succeeded in reducing all emissions in their supply and value chains: what is known as insetting. As an example of insetting, consider Ben & Jerry’s plan to reduce emissions from dairy farms from which it sources milk by using regenerative farming practices and new technologies.

Aadith Moorthy, founder and CEO of Boomitra, which operates an international market for soil carbon credits, noted that the food industry shows a preference for insertion rather than offsetting.

“What we often hear from food companies is that they are trying to be bigger on insetting, which works with farmers and ranchers in their supply chains to sequester carbon,”he said during a press briefing. “Which is a good thing,”he added. “They should work with their farmers because they already have some association with them.”​

To generate credits, a carbon reduction project must meet a set of criteria certified by an independent standards body such as Gold Standard or Verified Carbon Standards (Verra). These credits can then be traded over-the-counter or used for a company’s climate goal.

Moorthy explained to FoodNavigator that food companies looking to eliminate CO2 in their supply chain can use existing carbon credit certification infrastructure to certify their inserts, but the consumption of the credits would be by the same company whose supply chain. supply produced it. Boomitra, for example, works with a few different large food companies across their supply chains to create such third-party certified inserts.

Companies need both offsets and inserts right now, said Nick Nuttall, former communications director and spokesperson for the United Nations Environment Program and the United Nations Framework Convention on climate changes. “You need to reduce your emissions from your operations and supply chains. And for those emissions that you can’t do anything about, you need quality carbon offsets,” he said.

The market is “evolving for the better”

Quality is an important point. The press conference aimed to show how technology is bringing transparency and integrity to carbon markets as they evolve. In the fourth quarter of this year, the voluntary carbon market officially reached a value of US$1 billion as more companies turn to offsets.

“We know that with high integrity and transparency, there is a good change that voluntary carbon markets can help fight climate change, help achieve the goals of the Paris climate agreement and support countries and communities on the front lines with new and increased flows of finance,”Nuttall said, adding “technology, including digitalization and AI, is already helping to rapidly advance climate-smart cities in buildings and transportation systems… We try to showcase creativity and technological know-how that are currently being deployed to try to make the voluntary carbon market thrive in a positive way.”​

With regulation being a concern, the Integrity Council for the Voluntary Carbon Market (the Integrity Council), an independent governance body, will launch a final set of global threshold standards in the third quarter of 2022. The group says the new standards will set a global benchmark for the quality of carbon credits.

But Lars Kroijer, founder and chief executive of AlliedOffsets.com, the leading directory and aggregator of information on voluntary carbon offset projects around the world, expects trust in the sector to grow organically in as the sector evolves. Establishing some overarching principles will bring reassurance, he said, but the industry is not waiting for that to happen.

“I would leave this space tomorrow if I didn’t think we had the potential to do a lot of carbon good,”he said. “This means that when someone buys a ton of carbon, they suck a ton of carbon out of the atmosphere believing that’s really the case.”​

Better data allows for more accurate verification of carbon claims, he pointed out. Worries about junk credits, which have served to undermine this market, are overblown, the carbon credits proponent continued. “Part of it is lazy journalism. There are 17,000 voluntary carbon projects in the world today. Are any of them fraudulent? Absolutely. But find me 17,000 publicly traded companies with no fraud and I call you naive.​

“So there is a phenomenal growth, an enormous availability of information. And yes, you will always have naysayers, but hopefully they will be drowned out or be better informed.”​