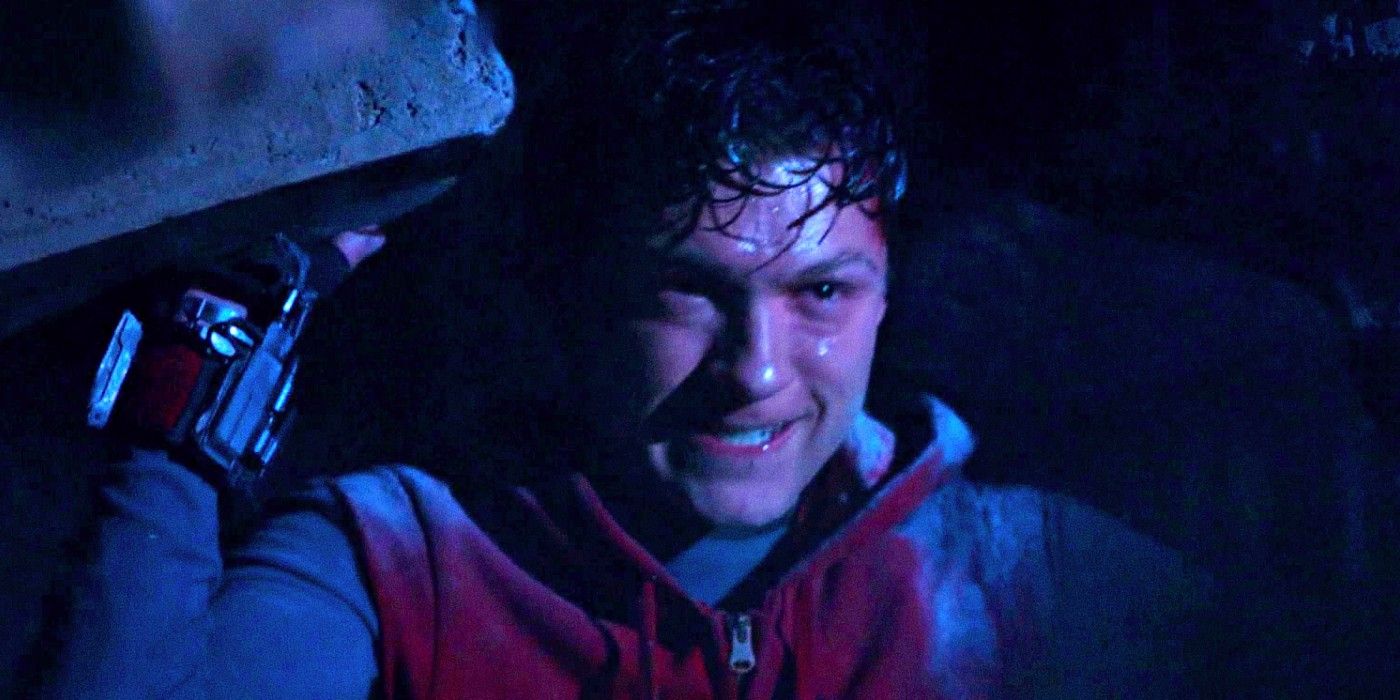 Kevin Feige explains the most important thing about Tom Holland Spider Man scene in the MCU so far. The actor joined the MCU in 2016 by becoming a member of Team Iron Man in Captain America: Civil War after Sony decided to partner with Marvel Studios for a new incarnation of the web-slinger. Since then, Dutchman Peter Parker has appeared in a total of six films, including Avengers: Infinity War and Avengers: Endgamenot to mention its own completed trilogy.

Due to the sheer number of times he’s been factored into MCU storytelling, Holland’s Spider-Man has some of the franchise’s most memorable moments. This includes the iconic fight with Mysterio in Spider-Man: Far From Homethe heartbreaking death of Peter in Avengers: Infinity Warhis reunion with Iron Man in Avengers: Endgameand his team with Tobey Maguire and Andrew Garfield’s versions of the web-slinger in Spider-Man: No Coming Home. According to Feige, however, Holland’s most pivotal moment as the Marvel hero came in his first standalone film, Spider-Man: Homecoming.

Related: No Way Home Shows How The MCU Spider-Man Has Changed (And All Is Not Good)

In an interview with editor Nick Lowe which appears at the end of The Amazing Spider-Man #900 (via The Direct), Feige remembered the 2017 MCU film and in particular the scene of Peter heaving rocks in an attempt to not only survive, but to stop Michael Keaton’s Vulture. For this scene, Marvel Studios chose to bring to screen one of Peter’s most iconic moments in the comics. According to Feige, that’s exactly when Holland became the MCU’s Spider-Man. Read his full quote below:

“There were, yes, and for years and years there still are. It raises the rubble. [Steve] Ditko “raises the rubble,” and that’s stuck with me my whole life, and from the moment I joined Marvel Studios, I was like, “We should do that in the movies.” There’s a pit at the end of Sam Raimi’s Spider-Man where he kind of lifts a heavy place [sic] out of them at the pier where Doc Ock makes his machine. But it wasn’t until Spider-Man: Homecoming that we thought, “Oh, we do. For me, that’s when Torn Holland really becomes Spider-Man. Anyway, now is the time. Ditko’s angular metal debris on Spidey and the water running in front of his face.”

Despite the success of his films, it’s no secret that Marvel Studios’ vision of Spider-Man isn’t without its flaws. One of the most common criticisms of this new take on the wall-crawler comes from its over-association with more veteran MCU characters. Holland’s Spider-Man was initially tied to Tony Stark and was even presumably set to be the next Iron Man for a while. In Spider-Man: Far From Home and Spider-Man: No Coming Home, he teams up with Nick Fury (albeit a Skrull impersonator) and Doctor Strange, respectively. What makes the above Spider-Man: Homecoming scene so special – other than being lifted from the comics – is that it shows, for the first time in the MCU, just how capable Holland’s Spider-Man is. Granted, he has enhanced physical abilities, but the scene highlights his will and determination in addition to his physical strength.

Luckily, Marvel Studios has more opportunities to show that special side of Peter Parker thanks to Spiderman 4 now officially moving forward. In the wake of the events of Spider-Man: No Coming Home, Peter now has no one to rely on but himself, as Doctor Strange’s spell has caused everyone to forget his connection to the crawling robot. While it’s still unclear what exactly his next solo adventure will be, expect Marvel Studios to build more on his comic book history as Spider Man and Daredevil are the street heroes of the MCU.

Source: The Amazing Spider-Man #900 (via The Direct)

An accidental and perpetually curious movie and TV fan, Ana reignited her love for writing and married it to all things pop culture. The result is an avid writer who could ramble (and of course, write) about movies and series for hours a day. She has a thing for procedurals and old sitcoms (The Golden Girls!) but won’t dare watch horror movies though she’s (ironically) dying to see one. Although a little late to the party and not much of a believer in the Force, she now finds the Star Wars franchise quite fascinating (fun fact: it’s a crazy Jar Jar Binks/Sith theory that has her thinking). attracted).